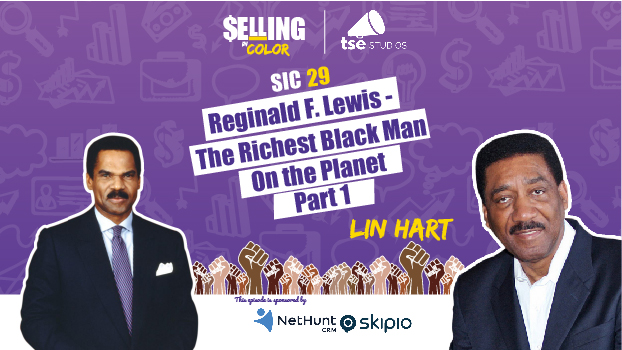 Many of us want an opportunity to be successful. In today’s episode of Selling in Color, we’ve pulled a recording from The Sales Evangelist vault featuring Lin Hart. Lin was friends with Reginald F. Lewis, who was the richest African American in the world. But who was Reginald before the fame, and how did he get to where he got? Turn into this episode to find out.

What happened that made Reginald the man he was?

When did you know there was something different about Reginald?

Connect with Lin on LinkedIn, and check out his book on Reginald, Reginald F. Lewis Before TLC Beatrice. 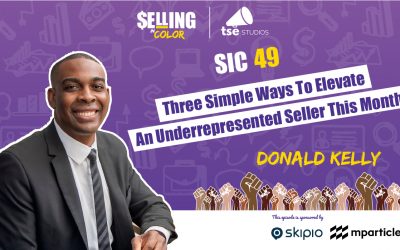 As we enter Black History Month, it’s important we remember ways to encourage and elevate underrepresented sellers. Only 20% of sales professionals are people of color; this month is the perfect time to acknowledge that discrepancy and take steps to a more diverse... 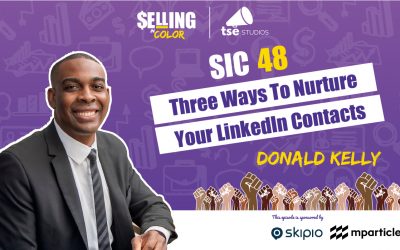 Like many sales professionals, you probably have a ton of contacts on LinkedIn. But how do you connect and build relationships with those people? Find out on today’s episode of Selling in Color! In this episode, Donald shares his insights (and his screen) to help you...

SIC 047: Donald Kelly – How Do I Grab Someone’s Attention On LinkedIn If They Have Not Accepted My Request?

While Donald was talking with another person of color in sales, he was lamenting over a lack of accepted connection requests on LinkedIn. (Hey, we’ve all been there.) So on today’s episode of Selling in Color, Donald shares his tips to grab someone’s attention on...