SIC 023: The importance of POC in sales having these 5 people to enhance and accelerate their careers: 3 Peers, 1 Mentor & 1 Sponsor 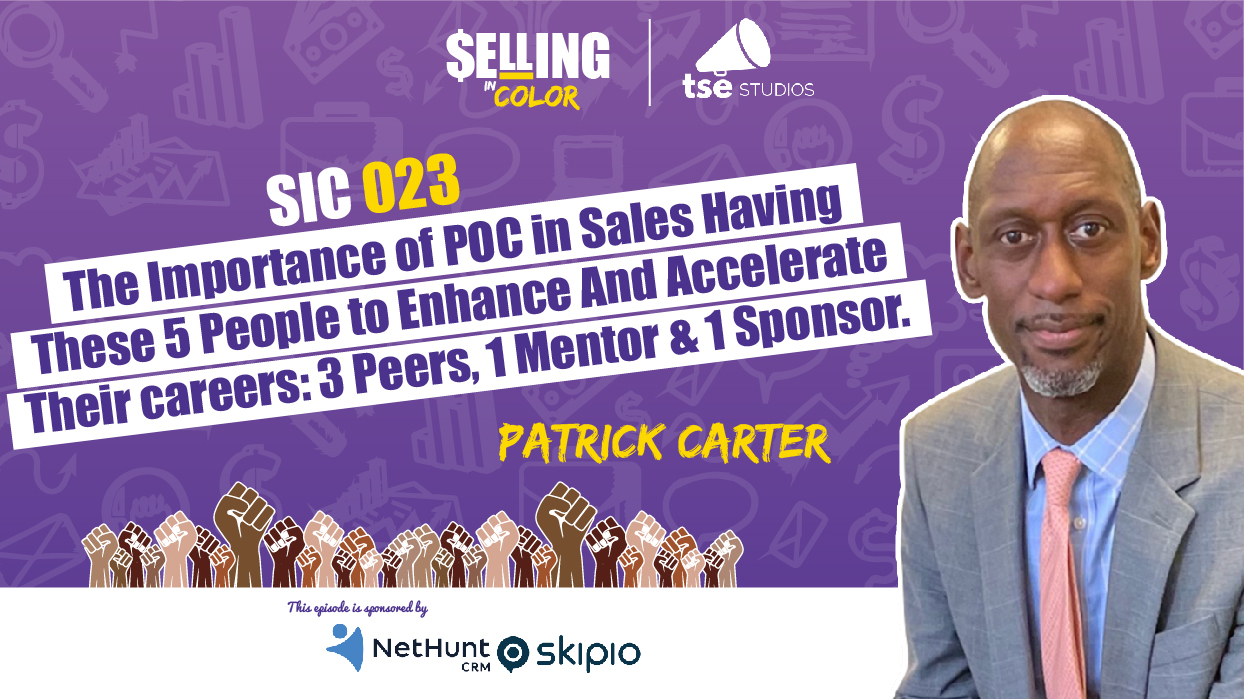 How can people of color accelerate their careers? Today’s guest Patrick Carter explains that it wasn’t only his ambition that led to success, but his drive to help and support others like him that led to victory. That and finding the peers, mentor, and sponsor in your industry will lead to success.

Patrick has been in the sales industry for several decades.

How did Patrick accelerate his sales career?

How can you overcome the lone wolf mentality?

How can someone maybe they’re in an industry where they don’t have many people in leadership that looks like them?

This course is brought to you in part by the TSE Sales Certified Training Program, a course designed to help new and struggling sellers to master the fundamentals of sales and close more deals. Help elevate your sales game and sign up now to get the first two modules free! You can visit www.thesalesevangelist.com/closemoredeals or call (561) 570-5077 for more information. We value your opinion and always want to improve the quality of our show. Complete our two-minute survey here: thesalesevangelist.com/survey.

Read more about sales or listen to audiobooks on Audible and explore their huge online library. Register now to get a free book and a 30-day trial. 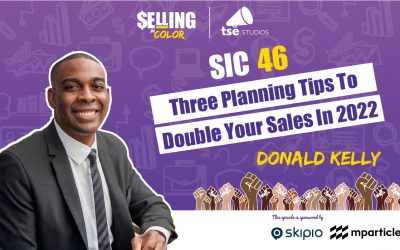 Do you want to double your sales deals in 2022? In today’s episode of Selling in Color, Donald shares his three planning tips for the new year.  Tip #1: Make planning a part of your daily routine. Enterprise companies lose 10% of sales due to poor planning. So...

Working in sales isn’t hard if you work with the right mindset. In today’s episode of Selling in Color, Donald is joined by International Speaker and sales expert A.J. Vassar to learn why sales and entrepreneurship are B.S. (and by that, we mean a Belief System.)...

SIC 044: Natasha Hemmingway – Succeed In Sales By Investing In Yourself

Reaching your professional goals is easy (well, at least more accessible) if you take time to invest in your success. In today’s episode of Selling in Color, Donald is joined by speaker, consultant, and business owner Natasha Hemmingway to discuss how she reached the...