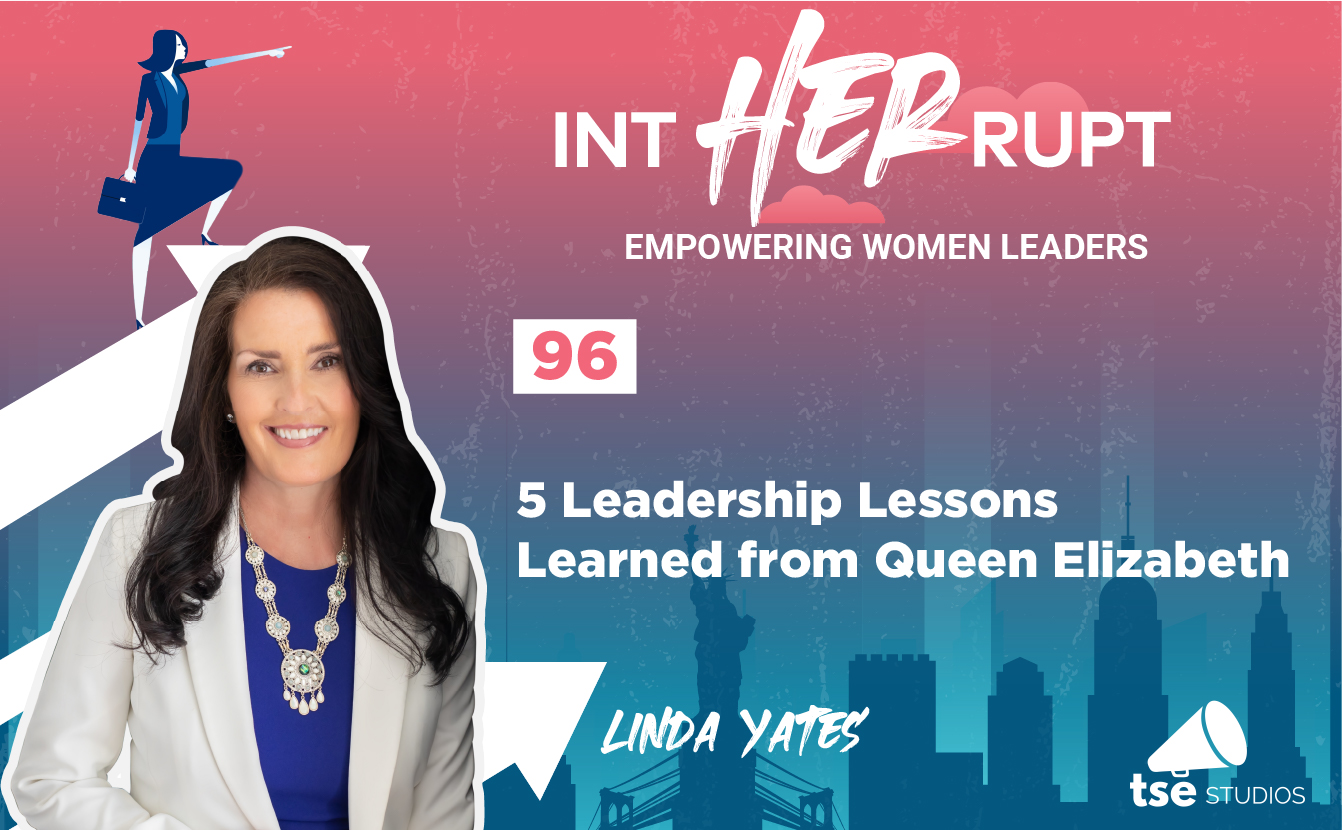 In today’s special episode of IntHERrupt, Linda reflects on the incredible life of Queen Elizabeth. Linda shares with us five valuable leadership lessons that we can learn from The Queen and her 70-year reign.

Put the team before yourself

Be personal as well as professional

Accepting and taking the lead on change

These five powerful lessons that Linda has learned from the life of Queen Elizabeth will hopefully inspire you. Linda invites us to think of the people in our lives who have similar leadership qualities. We each have strengths waiting for us to uncover.

Do you have stories to tell? Connect with Linda to share them. This podcast is produced by TSE Studios. Check out other podcasts by TSE Studios, including this episode’s sponsor, The Sales Evangelist, helping new and struggling sellers close more deals and achieve their sales goals. Subscribe to the IntHERrupt Podcast so you won’t miss a single show. Find us on Apple Podcast, Google Podcast, Spotify, and Stitcher. Audio created by Ryan Rasmussen Productions. In this episode of Int-HER-rupt, our host Linda Yates has a conversation with Cheryl Nye. They discuss the importance of trust and how to respond when trust is broken - whether in the workplace or in life. Cheryl’s Background: After dabbling in being an entrepreneur,... In today’s episode of the IntHERrupt podcast, our host Linda Yates meets with Vidette Pires to discuss leadership lessons women can learn from men. What Women Can Learn From Men Men are good at supporting each other and promoting one another. Women can learn from... INT 111: Combatting Ageism in the Workplace

In today’s episode of the IntHERrupt podcast, our host Linda Yates meets with LaTrelle Porter to discuss ageism in the workplace, and how to effectively combat it. Porter’s Background Porter was born and raised in Savannah, Georgia and has a LONG background in...