INT 038: The Struggles of Juggling Motherhood and Career While Working Remotely

When juggling the responsibilities that come with motherhood and a career, nobody understands the struggles more than today’s guest Veronica Romney. As the founder of MyModernBrand, she works to help great people and great companies clarify their brand message and market themselves authentically, all while she raises two kids! In today’s episode, Veronica shares her secrets to juggling responsibilities between motherhood and her career.

Veronica and her husband started a company months after their first child was born.

Veronica had to learn how to give time for herself.

What has been Veronica’s biggest challenge in being a mother and working professional?

What accomplishment has given Veronica the most pride?

Do you have stories to tell? Connect with Linda to share them. This podcast is produced by TSE Studios. Check out other podcasts by TSE Studios, including this episode’s sponsor, The Sales Evangelist, helping new and struggling sellers close more deals and achieving their sales goals. 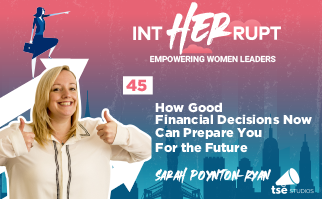 INT 045: How Good Financial Decisions Now Can Prepare You For the Future

No matter who or where you are, financial stability is something we all strive for. Today we’re joined by Sarah Poynton, who’s been through her personal journey learning how to make sound financial decisions to be best prepared for the future.  Sarah started her... 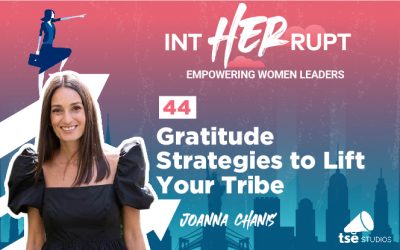 Today’s episode of Int-HER-rupt features a robust discussion with guest Joanna Chanis. As an author and professional mentor, she helps women and corporate teams through challenging experiences. After being diagnosed with cancer in 2019, she learned how to be grateful... 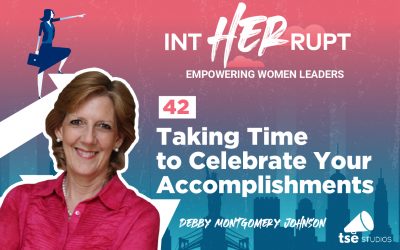 For many working professionals, the typical day-to-day is a constant stream of projects and tasks. As soon as one project is finished, we immediately move on to the next job, leaving little time to celebrate our accomplishments and successes. But is this the right...